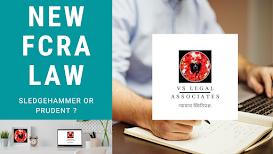 Any registered entity/ NGO, operating for five years or more and has made at least INR 10 Lakhs in the previous three years to attain its main objectives audited by a qualified chartered accountant, such NGO is eligible for FCRA registration. They also need to be registered with the Ministry of Home Affairs. The Foreign Contribution (Regulation) Act, 2010 consists of a framework for regulating and controlling the acceptance and utilization of foreign contribution and foreign hospitality. The FCR Rules require the NGOs receiving more than a crore rupees or equivalent of foreign contribution to disclose the information. Such disclosure is to be done through the direct efforts of the NGO as per Rule 13. The FCRA certificate is valid for a period of five years and must be thereafter renewed in the prescribed manner. NGOs not eligible for registration can seek prior approval from FCRA for receiving foreign funding. This permission is granted only for a specific amount of foreign funding from a specified foreign source for a specific purpose. It remains valid till receipt and full utilisation of such amount.
The key amendments proposed in the bill are discussed hereunder:
Now, NGOs and civil society groups get foreign funding for social cause like education, health and livelihood. The New Bill proposed 4 major changes. First, it restricted any FCRA organisation which receives the money from onwards distribution to even other FCRA organisations. This is blow where larger entities raise the FCRA money as they have the capacities needed for raising money by negotiating with donors & then share this money with frontline smaller organisations which work directly with the communities. The second is the idea of restricting administrative expenses to 20%. If the NGO is doing research, advocacy, capacity building, networking, model building for social innovations then most of the expenses are on meetings, salaries, travel & would be clubbed under administrative expenses, which would make the organisational existence unviable. The third major amendment suggests that every FCRA organisation should have their FCRA bank account in a single Delhi branch of SBI which don't make any sense. Amendment of S17: every person granted certificate or prior permission under S12 shall receive foreign contribution only in an account designated as FCRA Account to be opened in such branch of SBI at New Delhi as notified by govt. The fourth is the enhancement of power of the investigative officers. This would mean arbitrary power to the government officials who for political reasons can harass or destroy an institution.
With new FCRA Law, what are the damages that small NGOs may suffer?
Undoubtedly small NGOs would be worst hit with the new FCRA Law. Many will not be able to access foreign funds because the scheme under which they receive these funds are from larger NGOs, known as “regranting”, which has been banned. The amount NGOs can spend on administration has been cut from 50% to 20%. This will mean smaller NGOs will not be able to employ enough staff to remain stable & implement strategies they require to grow. If they are to receive foreign funds, NGOs will have to open an account with a Delhi Branch of SBI. The difficulties of dealing with a bank which may be many thousand kilometers away is only one of many bureaucratic obstacles that the New law will create for NGOs.
NGOs fill the gaps left by the inadequacies of the government, provide last-mile connectivity for the delivery of government schemes, promote handicrafts, research & encourage participation in development, teach awareness of the wider issues involved in target-based schemes such as Beti Bachao, Beti Padhao or the Swachh Bharat Mission. This change in FCRA laws is only further expected to increase losses in income, jobs, and the capacity of the social sector to serve communities in need. It has been suggested by a number of policy experts that the government needs to reconsider this sudden change in regulation, especially when the basis for it seems unclear. With no clarity on the law’s applicability to ongoing grants, or information on the new banking requirements, NGO transactions and operations have frozen, in a mini replay of demonetisation in 2016.
Implication for CSR funders:
Implication for Foreign Contributors:
Keeping in mind the issues that have been highlighted, the new, small and medium NGOs must keep abreast with the changing landscape of fundraising and leverage technology for the same. A few suggestions that may be helpful are:
This blog provides purely informative content. VSLA claims no copyright over the publications

October 10, 2020
A business can grow over time as the utility of its products and services is recognized in the Market. But in this era of Globalization where the environment is dynamic, competitive and rapidly evolving, Mergers and acquisitions has gained importance as a method of bringing immense inorganic growth to a business.  It provides various benefits to the entities which include increased resources, access to market, technology, reducing the competition, diversification of business, Regulatory, Tax and fiscal considerations. There is always a synergy value that gets created with the joining of two entities which is more when compared with their individual stands.  Mergers can be defined as union of two entities into one; acquisitions are situations where one player takes over the other to combine the bought entity with itself. It may be in form of a purchase, where one business buys another or a management buyout, where the management buys the business from its owners. Further, de-mergers, i.
Post a Comment
Read more